Our daughter was interested in buying her first property – a duplex – and was requiring a pest and building inspection to be done at fairly short notice. A friend of mine recommended Craig Blood at Auspect Pest and Building Consultants. From my first phone call to Craig until the completion of the inspections and submissions of the reports to us, we have been absolutely delighted by Craig’ s professionalism and friendly, knowledgeable approach.

My first phone call was a general enquiry as to what we would need to do to arrange an inspection. Craig was friendly and answered all my initial questions clearly. I booked Craig on the second call and found him to be accommodating to our requests regarding a suitable time and very professional in acquiring all relevant details. He suggested that there be one of us in attendance with him during the inspections for him to explain his findings and to be able to show us precisely what his findings were. This proved to be invaluable to us in knowing exactly what was happening with the property structurally and in terms of pests.

When we arrived for the inspection, Craig was there punctually. This property was in very good condition and Craig was quick to highlight the many positive features regarding Its structure. However, there were a few things which he discovered and he carefully outlined these to us and showed us all precisely what he was referring to on each occasion. He informed us of the extent for us to be concerned and take immediate attention or, on a couple of occasions, to be aware of further down the track as being potential problems. It was so beneficial walking through the property with Craig as he did his thorough investigations.

At the conclusion of the inspections, Craig took the time to summarise everything to us. No question we asked was left unanswered and Craig consistently did so in a clear, professional way. It was obvious that he was highly skilled at this and also had great communication skills. Craig was also courteous at all times, not just to us but to the estate agent and the tenants who were there throughout the inspections.

We were sent the official reports via email later that day. These were detailed complete with coloured photos of any concern Craig had. They were many pages long and summarised absolutely everything which he had explained to us verbally during our time at the house. Having accompanied Craig on the inspections, the reports made perfect sense as everything had been explained to us so well during our time with him.

We would have no hesitation in recommending Auspect Pest and Building Inspections for a thorough appraisal of a property which is done in a highly professional, friendly and approachable manner by Craig Blood. As a final comment, this review was not requested by the company nor Craig but we were so impressed by the service we received, we wished to share our experiences on the company’s website.

WHAT INSPECTION DO YOU NEED? 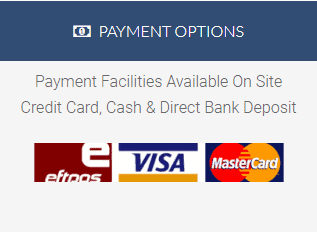